Just For The Lovely

By wonderful chance I found The Kaleidoscope Painter last night. It's free, charming, and gorgeous--the perfect antidote to cold gray winter. Here's a pattern I constructed in a few seconds:

I love to just put the designer on Auto and enjoy it as my mandala mantra while I meditate. There's a Valentine Kaleidoscope maker, too.


And for another small escape, Fly Guy is a classic. Just load the game at the site, click the arrows, soar, and explore. 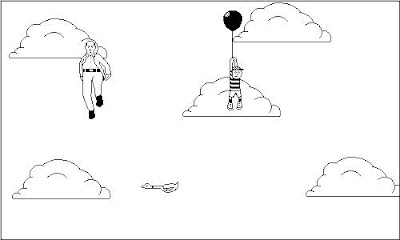 
CK
Posted by Carolyn Kephart at 3:42 PM No comments:

The new Sovran of Almancar had swept in like another sunset, arrayed magnificently in trailing raiment of deep rose satin brocaded in emerald-blue. A light mantle fell in a rustling torrent of gold-silk mosaic, its collar framing his head, its folds rippling about his shoulders to the ground...


The fabled city of Almancar is one of my favorite places in The Ryel Saga, because it is synonymous with the most refined luxury. It was a deep pleasure to create, and in doing so I drew from many times and places. Medieval Japan was a great influence. When I visited Tokyo and Kyoto in 2008, I was surprised at how much of the ancient glory not only survived, but thrived. In particular, the elegant garments that inspired the golden robes of my novel's nobility are still being made. The uchikake, at one time daily wear for Japanese aristocratic ladies, is now strictly wedding finery, to be worn by the bride during the ceremony and never afterward. Such magnificent garments take a year to create, and no two are alike; they are made of the finest silk, splendidly woven, dyed, and embroidered, and as is only fitting, they cost a fortune. A uchikake is worn beltless, as a coat atop the kimono; its padded hem trails several feet, and its hanging sleeves just clear the floor. With its elegance, opulence and otherworldliness, it is truly the garb of fantasy.


For the sultry climate of Almancar I made the uchikake much more light and airy, but changed nothing of its grandeur. Both men and women wear them in my novel, but exorbitant cost and stringent sumptuary laws limit their use to the wealthy and the nobility. The sole exceptions are the courtesans of the Diamond Heaven, Almancar's famed and magnificent pleasure quarter, and that district's clientele, who come from all over the world to taste the ruinous delights of the place.


Here are some glorious examples. Click the images for larger views, and imagine the rustle, the gleam, the grace. 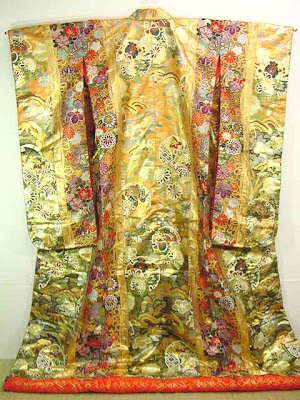 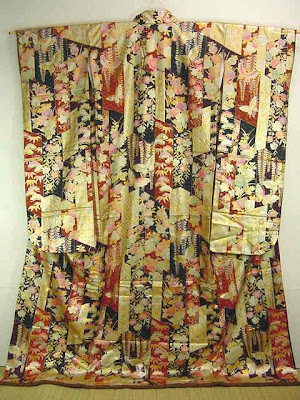 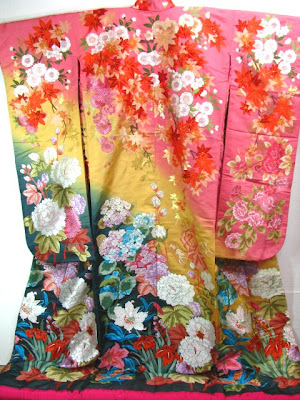 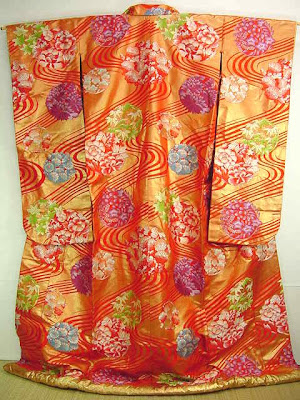 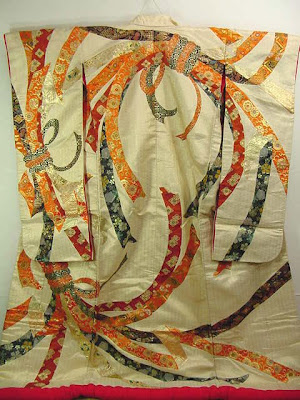 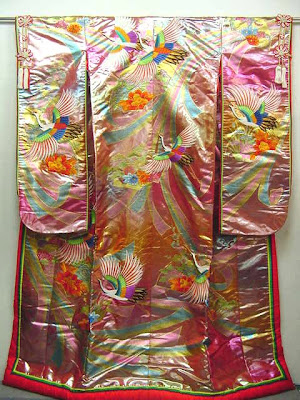 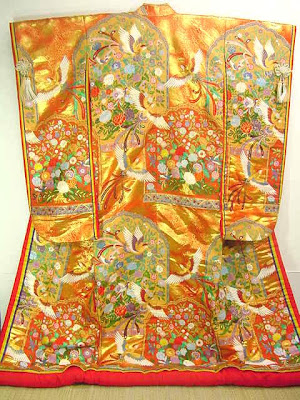 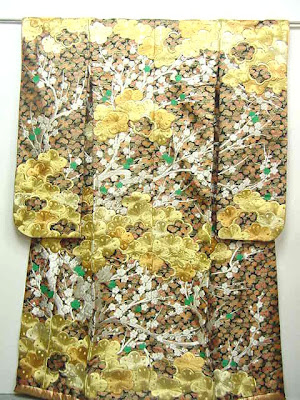 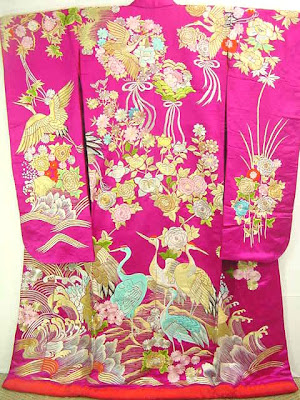 NEWS: I'm delighted to announce that in the last week I've received an award for Top Indie Fantasy of 2010 at the well-regarded site Red Adept Reviews.

*****
I seem to write only fables. All of my short stories are about lessons learned the hard way, and the Ryel Saga's ending fulfills with bittersweet irony the prophesy uttered by one of the story's most equivocal characters: 'You will have what you wish, but not as you wished it." The novel I'm now finishing, Faustine, is grounded in myth and legend, with a female protagonist embroiled in the classic diabolical bargain.*

The other day I was browsing the free movie site Veoh and to my happiness found one of my all-time favorite films, Jean Cocteau's La Belle et La Bête. I hadn't seen it in many years, and while I loved every moment of the re-acquaintance, I especially savored being able to replay the Beast sequences to my heart's delight. Everything about the Beast is riveting--his feral grace, his dark bejeweled Cavalier garb, his growly voice's savage inflections and courtly phrases, his ravenous desires quelled by the most tender adoration. Baroque, Byronic, utterly irresistible.

My favorite scene occurs midpoint in the film. The Beast has returned reeking from the hunt, his fangs and claws stained with fresh blood, his elegant attire muddied and torn. After a moment's hesitation he shoves open the door to Beauty's chamber and scans the room with burning eyes.

But Beauty is absent. "Ou est Belle?" he shouts in rage and terror to her mirror; and the glass reveals her robed like an angel, listening at the door. When she returns to the chamber and demands that he leave, the Beast, quelled by her fearless indignation, stammers that he merely wished to offer her a present, and it forms by magic in his bloodied hairy hand: three strands of great pearls, the gems of innocence clasped by diamond roses, reminding us that until Beauty came into his life the Beast considered roses 'the things I most love in all the world ' (ce que j'aime le mieux au monde). Disregarding the gift, Beauty again orders the Beast to leave; but her tone is more gentle the second time.

As he departs without a backward glance, his steps unsteady, the Beast passes a statue of a nymph; his hand grips its shoulder for support, then slowly travels downward to caress the bare marble breast of the image in a poignant gesture of regret and yearning. I'd never noticed this before, and it gave me chills, for it is the only overtly sensual act in the entire film, and leaves no doubt as to the Beast's intentions.

Since 1946 when this enrapturing film was made, cinema has become a thousandfold more complex, but no amount of special effects can take the place of heart. See it if you haven't yet, and watch it again if you have; one can never have too much beauty.


(Click the photos to enlarge them; they deserve it!)


*Update, 17 December 2013: This book was completed in 2012 and published under the title Queen of Time. It's currently available digitally and in paperback at most online booksellers; the first chapters can be read gratis at my website Carolyn Kephart: Tales of Love and Magic.


Posted by Carolyn Kephart at 9:28 PM No comments: